The night before the half marathon I hit up a huge veggie pizza with added vegan cheese. A good fill of carbs before a big race fuels you and gives you the energy you need to succeed, don’t be scared of carbs!

It started at 8am. A nice early (but not too early) time. I had laid out my clothes the night before and written a to-do list so I did not forget anything. I ate a loaded porridge for breakfast (with dark chocolate and banana!). I put a gel in my Under Armour leggings, I attached the bib carefully to my top, I was ready to go!

I met up with my gym team’s tent before the race, but many had already left (the full marathon and 10km people) and many were yet to arrive (the 5.7km people). So I headed to the start line, with my lovely caring husband taking my stuff for me so we could meet up again later. Luckily, as there was a tracker in my bib, it linked back to the app, so he knew where I was at any time.

There was over 9000 people running in the half marathon, a huge amount of people. The start line was heaving. It took a few minutes for me to cross the start line, but when I did, I was off, I was in the zone. I remembered advice on not to go too fast at the start, but I felt really, really good, I was flying.

The day was positively perfect, cool but not cold, and beautiful and sunny, not a cloud in the sky. I had even put sunscreen on for the first time in 10 months just in case.

The course was flat. A few ups and down hills at the start but throughout the run it was 90% flat, which was excellent for a first-timer. Eventually, I spied a pacer in the distance. It was the 2 hr 20 pacer. That hit me. I was going way, way too slow for my target. I decided to speed up and pass the pacer. I did so, and my next target was the 2 hour 10 pacer, I eventually found them and passed them too. For the first 10km or so I had no problems. I kept going. I passed lots of people. I felt strong.

Then, around the 15km mark the exhaustion hit me like a ton of bricks. I grabbed my gel, sucked it down, and kept going. Once the gel had hit me, I felt fantastic again. It has shown where my level is, working on this stamina extension will be a goal for me in future. I also think I need to have the gel slightly earlier in my next half marathon (about the 10km mark). 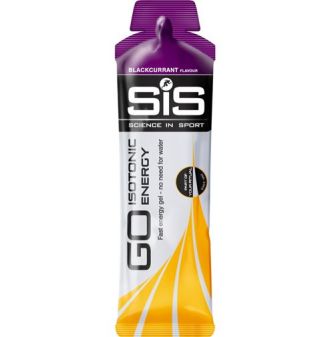 I used the Science in Sport Isotonic gel – it was delicious!

Getting closer to the finish, I saw my husband and my team members cheering me on, it was exactly the push I needed to get over the line. There was also a lot of funny signs and family members cheering on their mums/sisters/dads/husbands/wives/friends etc. It was truly lovely to see.

Running into the stadium was absolutely exhilarating…on a clear, sunny day I could see the end! There it was! I also saw the clock, ticking 1.59….I sprinted to the end, I was going to get under 2 hours no matter what…and I did it! It was done! (Only afterwards I found out my time was actually 1.56 as the time started when you crossed the start line, not from when the gun went off – which was even more exciting).

After the event, and in the week proceeding, I have had a revelation that this is where I am supposed to be in my life. I feel like I’m recapturing the 6 year old me, winning blue ribbons at the school running fair. I think this is when you know something is right for you, when you try it and it feels like you were supposed to be doing it the entire time.

I will be participating in a 15km this week too. I’ve had a tiny hiccup (a bruised toe…), however, it is sure to be an exciting day!

If you’re considering entering your first half-marathon, I would suggest you’re already a runner, or give yourself a good year before entering so you can determine your pace. Enjoy the nerves and above all have fun! It’s so wonderful to aim towards clear goals.