As retail bricks-and-mortar stores continue to fall like dominos, many people may wonder what went wrong. However, anyone who has spent their fare share of time behind the checkout counter, filling stock, or anywhere else at the front line of the sector knows exactly what went wrong, and have been voicing it for a very long time.

Myer looks like it will be the latest in a long line of casualties. There are many problems with the former retail giant, and many of these problems can be applied to any other store in the same department store tier in Australia, such as David Jones, Target and even extending to discount retailers such as Big W and KMart.

Here are just some of the ways in which modern retail has failed the people:

How staff are treated in some of these stores is appalling. Good, vivacious young people with a passion for the business slowly become husks of their former selves due to yet another bitch worming her way into becoming the department manager. Get over yourselves, any retail job is replaceable. Older people are also not immune to bad treatment, as they are slowly bumped out for unfair redundancies that are forced onto them, without any real choices than to have their wages or shifts cut.

These are people that have been with the business and done the same job for 30 years. They’re experts. They know their stuff, but now? They’ve gotta go so that the business can hire another 15-year-old intern and pay her unfairly, too. Or sometimes not at all…the ‘retail internships‘ idea that got floated a while back was an absolutely disgraceful response to the flailing industry from the government. Young people should be in paid employment, not doing meaningless tasks for free!

Retail is also not viewed as a career anymore. We work in retail during high school, during Uni, while we are undertaking an internship, while we’re looking for something else. Young people do not seek to work long-term in this sector due to its rollercoaster-like irregularity and general lack of personal development or career advancement. This has caused a high level of staff turnover in most stores, causing many places to be full of workers who have no idea about the product or service offering.

Many businesses are also actively reducing staff, this doesn’t work. IT DOESN’T WORK. The reduction of staff will see an equal reduction in customers as you fail to be able to keep up with customer service and demand. A full-time employee moves on, and they aren’t really replaced (or they are replaced with someone on a casual or part-time basis). This affects customer service very negatively, especially with Myer, where I have heard “why is no one ever on the checkouts?” as a very common complaint. 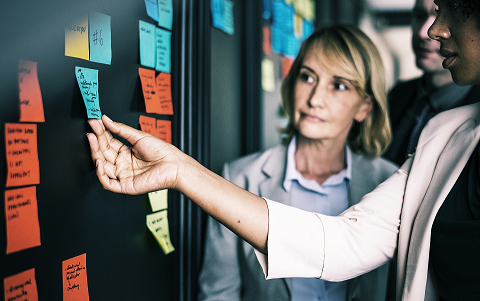 Hiring people you can envision yourself working with regularly is important

Continually hiring the wrong type of people for the job cultivates a toxic culture within the workplace. If your people are not #1 – why should you be #1 to your people? Reduction and replacement of staff, coupled with high turnover also results in heavily reduced customer service levels, as previously mentioned, if your staff continually let your customers down, they will go elsewhere. This is not a generation of loyalty, and why should it be? Put yourselves in your customers’ shoes. We are busy, we want it now, and we know we can get it now. We all have so many choices, if you do not fulfill my expectations, I will simply go elsewhere.

Friendliness is also a huge factor in retail culture – why are you ignoring me? Why are you scowling at me? If I search and search for someone to ask a question and I can’t find anyone, I’ll go somewhere else. If you treat me like an idiot because I don’t exfoliate enough (cough SEPHORA cough), I’ll have a bad view of the overall business. Your staff and the culture you create reflects your business. One bad experience in one retail store over an entire chain can be enough to turn someone off shopping there for life. This heavily connects into treating your workers right, if they do not care about the business, they will not care about how they reflect the business. The high nature of contractors working in any given business also affects this (for example – this person doesn’t work for Sephora, she works for Kat Von D which happens to be inside Sephora).

Cutting workers rights (such as slashing penalty rates) which is a federal issue rather than a store-level issue, is also slowly hammering the nail into retail’s coffin. Expecting people to work for less on days that are important to them, such as public holidays and weekends, is not going to revive retail. If you cannot afford to pay penalty rates, how come your CEO is getting 2 million a year?

There’s no such thing as the ‘trickle down’ effect. That economic fallacy is not true. CEOs and CFOs around Australia are getting paid in the millions while poor kids under 20 are getting barely enough to scrape by, with the government continually threatening to cut their pay or take away their rights to unionise. No retail chain wants to offer permanent part-time any more. It’s casual or nothing. Then, in addition to this, having the predominantly right-wing, biased media continually call them lazy, stupid, crap workers and every other name under the sun. All because they want basic workers rights.

Loss is a gigantic part of why retail is failing. It’s very difficult to steal from an online store (although I’m sure AfterPay is probably levelling the field a bit there…).

Streamlining retail offerings and ensuring you are stocking items that people actually want is another reason online stores have the upper hand. Why are the shelves bare? Again? (Priceline in Melbourne Central is a huge contender for the title of ‘how are they still there considering there’s never any stock’.)

Stores that streamline products and keep up with trends are far more likely to succeed. If it’s not selling, get rid of it!

Or maybe, thieves will get rid of them for you! Security is at an all-time low, and playing the blame game with your staff when 50 people an hour are walking out the door with all sorts of stock in their bags is futile and frankly, insulting. If you have crappy, weak security you will lose stock. Gates that beep but have no one following up afterwards are useless. You’d be surprised how many stores have extremely weak, or no, security strategy at all.

Delving deep into how and why this has happened could help this sector eventually recover, however it will take a lot of thought and innovation, and afterwards, retail will be forever changed, and what returns to our high streets and shopping malls will not be the same as it was before.

Stay tuned for part 2 on this topic.